Boston is an urban city made up of 22 neighborhoods, depending on who you ask.   Within Boston there are brownstones, triple-deckers, and sky-scaper towers.  Boston has a plethora of housing styles and communities.  Even with this tremendous variety, many people who come to Boston with the concept that they are “Moving to Boston”, explore neighborhoods both in Boston and beyond before they make a housing decision.

Within Boston, most of our clients are drawn to a handful of neighborhoods.  Beacon Hill, Back Bay, South End, Midtown, Seaport, Jamaica Plain, and Brighton/Allston.

From the Wikipedia on Greater Boston:

Greater Boston is the metropolitan region of New England encompassing the municipality of Boston, the capital of the U.S. state of Massachusetts and the most populous city in New England, as well as its surrounding areas. While the small footprint of the city of Boston itself only contains an estimated 685,094, the urbanization has extended well into surrounding areas.

Some of Greater Boston’s most well-known contributions involve the region’s higher education and medical institutions. Greater Boston has been influential upon American history and industry. The region and the state of Massachusetts are global leaders in biotechnology, engineering, higher education, finance, and maritime trade.[1]

Over 80% of Massachusetts’ population lives in the Greater Boston metropolitan region. Greater Boston is ranked tenth in population among US metropolitan statistical areas, home to 4,875,390 people as of the 2018 US Census estimate, and sixth among combined statistical areas, with a population of 8,285,407.[2] The area has hosted many people and sites significant to American culture and history, particularly American literature,[3] politics, and the American Revolution.

Plymouth was the site of the first colony in New England, founded in 1620 by the Pilgrims, passengers of the Mayflower.  In the late 18th century, Boston became known as the “Cradle of Liberty”[5] for the agitation there that led to the American Revolution.

The Greater Boston region has played a powerful scientific, commercial, and cultural role in the history of the United States. Before the American Civil War, the region was a center for the abolitionist, temperance,[6] and transcendentalist[7] movements.[8] Many prominent American political dynasties have hailed from the Boston region, including the Adams and Kennedy families.

Harvard University in Cambridge is the oldest institution of higher learning in the United States,[10] with the largest financial endowment of any university,[11] and whose Law School has spawned a contemporaneous majority of United States Supreme Court Justices.[12] Kendall Square in Cambridge has been called “the most innovative square mile on the planet”, in reference to the high concentration of entrepreneurial start-ups and quality of innovation which have emerged in the vicinity of the square since 2010.[13][14] Both Harvard University and the Massachusetts Institute of Technology, also in Cambridge, have been ranked among the most highly regarded academic institutions in the world.[15] 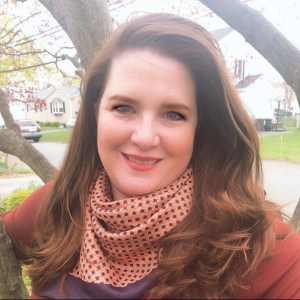