We want to provide a jump start guide of information that you need about Brookline to start to explore and find your way.  Let us know your questions about moving to Brookline.  We will help however we can, and will be thrilled to incorporate that information here for others. Just four miles from downtown Boston, Brookline is one of the largest New England “towns”, as opposed to “cities” like Boston and Cambridge.  Part of Norfolk County, Brookline is loved by its residents for having excellent public transportation, a top-tier school system, livable neighborhoods with tree-lined streets and open green space, and its preservation of historic character. The town, which began as an agricultural community in the 17th century, became a streetcar suburb of Boston during the mid-19th century.  By the early 20th century, most of the farmland has transformed into residential areas supported by mass transit.  Unlike many other Massachusetts towns, Brookline never had a significant industrial base.  Currently less than 6% of the land is zoned for commercial use. (Town of Brookline) Are you looking to move to Brookline?  Contact David Gordon of Beacon Group Real Estate, 617.480.5480 to get started!

What draws people to Brookline?

Before people move to Brookline they may know Coolidge Corner, some of the local restaurants like Golden Temple or FuGaKyu, or be somewhat aware that Brookline is on the Green Line or near Longwood Medical Area.

Some of the Neighborhoods and Squares of Brookline

Coolidge Corner is one of the most well-known neighborhoods of Brookline, with the Green Line C Train running along Beacon Street and the collection of restaurants and retail located here at the intersection of Beacon Street and Harvard Street. The most commonly known neighborhoods include Coolidge Corner, Washington Square, Brookline Village, Cottage Farm, Pill Hill, and Chestnut Hill. 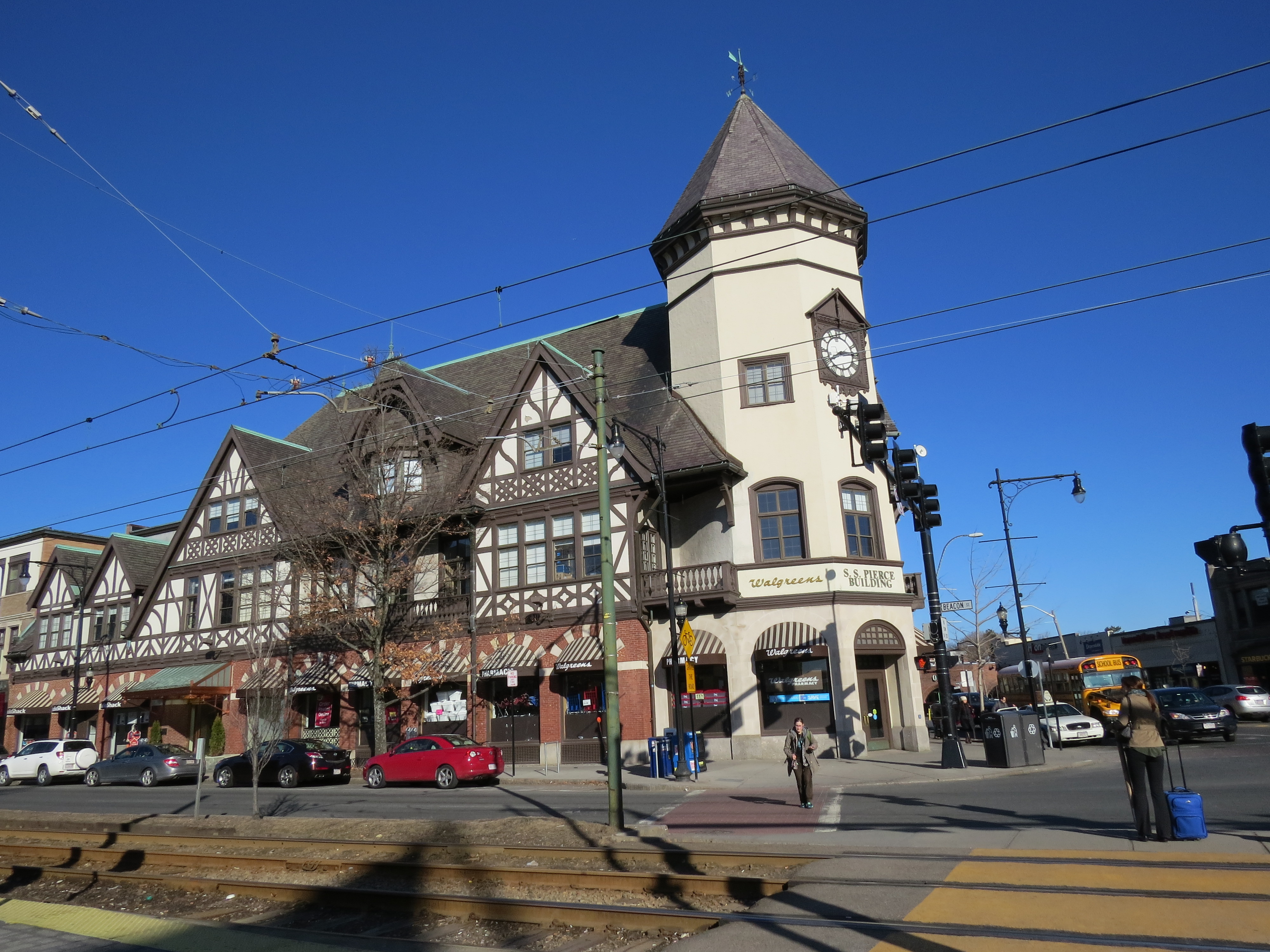 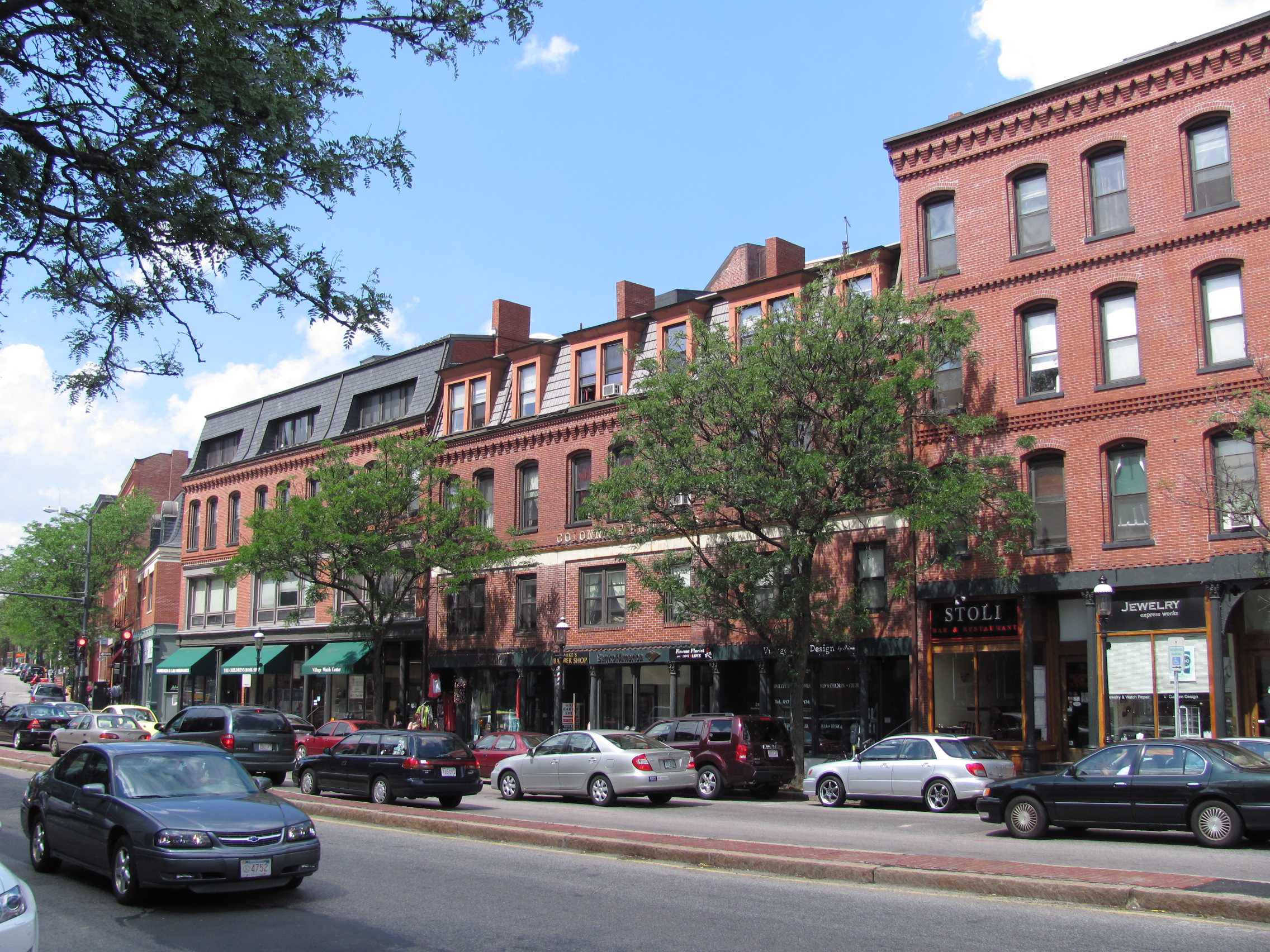 Washington Street in Brookline Line Village. A Wikipedia list of neighborhoods (more than I believe most residents could name) includes neighborhoods known as:

The Brookline public school system has continually been ranked one of the top school systems in the state and nationally according to U.S News and World Report, Money.com, The Boston Globe, and Boston Magazine. Unlike many towns and cities, students attend the same same school from kindergarten thru eight grade before heading off to Brookline High School. There is also a pre-school / early education program offered by the town known as BEEP. According to the Brookline School Department, the public schools serves over 7,500 students in grades kindergarten thru twelve.  There are eight elementary schools (k-8) and one high school, Brookline High School.  The elementary schools are: Baker, Coolidge Corner, Driscoll, Heath, Lawrence, Lincoln, Pierce and Runkle.

Brookline residents are passionate about their green space and the town has focused on adding to it over the years. Although parts of Brookline have a wonderful urban feel, most streets are lined by beautiful old-growth trees and you can typically find a park or green very close by.  There are also a number of dog parks and dog friendly parks in town. According to the Park’s Department website, you will find over 70 parks, fields, gardens and playgrounds.  The ones that you may hear most mentioned:

The Public Library of Brookline The Library as an institution has great historical significance. While not the first public library in Massachusetts, it was the first to be organized under May, 1851 state legislation allowing communities to tax themselves for such purposes. In a vote at the March 30, 1857 Town Meeting, the citizens of Brookline established a free library.  (From The Public Library of Brookline Website) Brookline Historical Society The Brookline Historical Society is dedicated to the documentation and interpretation of Brookline’s diverse history, to collecting, preserving, and maintaining artifacts of Brookline’s past, and to sharing the story of the town and its people with residents and visitors alike. Brookline Neighborhood Alliance The Brookline Neighborhood Alliance (BNA) is a network of Brookline neighborhood associations that was founded in 2000–2001.  It emerged from the Future Search Planning Initiative that was sponsored by the League of Women Voters of Brookline after guest speakers explained how neighborhood associations had formed alliances in other communities.

Look to make a Brookline Move?  Call us!

If you are ready to find *the one*, or to start laying out your housing goals, let’s connect and get you moving forward.

See what we’ve been up to:

Connect with Me on: